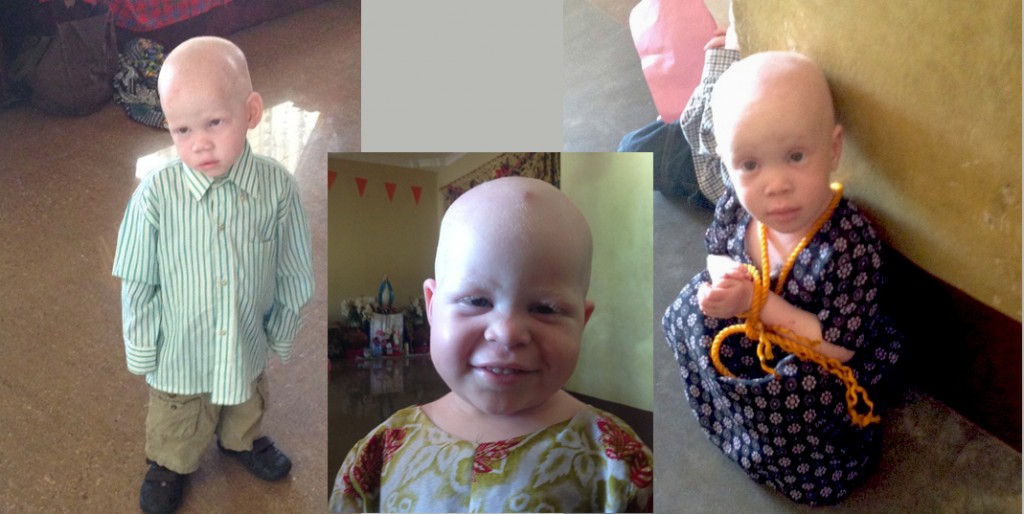 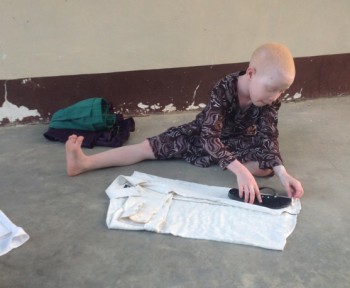 Meba is ironing her school uniform… with her sandal

And how do I leave these exquisite children behind me, when I have a personal little tradition or a special sound or a clap-game or a memory that only we share? 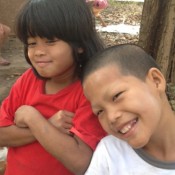 Friends who know me wondered how I could leave the orphanage in Thailand last year, knowing I wouldn’t be back. Or Cancer Village, in the north of Thailand, or my Buddhist community in Bangkok?

Usually there are tears involved, on both sides…. and my profound belief in “annicca” – the Buddhist principle that everything is always shifting…whether I stay or go…..

The Thai saying is “Mai tiang.” 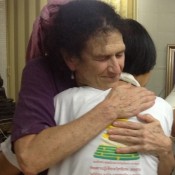 In my mind’s eye, I am arriving at the Mwanza bus station in December, 2015, wearing a Sukuma fashion, and exchanging banter with the local vendors in excellent Kiswahili…And now I’m seeing the children racing to greet me, as I arrive at the Center.
En sh’allah…
Mungu, Allah, Spirit, Great Mother willing. And that’s how I got here in the first place.

Several of you new readers, and a few old ones, have asked me how I did, in fact, land in this little African village, with no other mzungu/foreigner in sight.

Here’s an excerpt from one of my final “Tales From Thailand” last year:

“… Last February, a psychic Rishi from Nawan Sakhon told me, 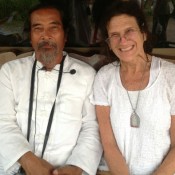 You will be traveling around the world soon, doing healing work everywhere…

I didn’t take that too seriously, though, cause I didn’t really know him…. But in September my own teacher in Arkansas, Anna Cox, said the same thing, when I asked her what my next step on the spiritual path would be: 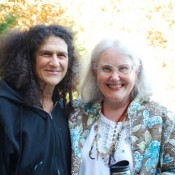 Anna Cox, who teaches meditation and ministers to prisoners nationwide

I see a large-boned, brown-skinned angel carrying you through a circle of light. You’ll be leaving your comfortable niche in Thailand soon, and going to Africa. You’ll be sharing your yoga, clapping games, drumming and singing with people there, and teaching them how to be happy ..You don’t have to do anything to make this happen, Joy. Just be alert to invitations.

A couple months after that, I saw an article in a magazine about a sanctuary in Tanzania, for albino children. These children are disdained for their color, and live in fear all their lives. Some of them are murdered for their body parts, the article said. A child is worth thirty or forty thousand dollars to a witch doctor, who sells the potions.

A Catholic nun named Sister Helena started a sanctuary for these children, near Lake Victoria. They are always surrounded by two armed guards. They only have room for thirty children so far, but they’re hoping to expand the center.

I knew that this was “the invitation” and wrote them a letter immediately. I never got a response.

Four months later, I wrote another letter, from Thailand, and the response was immediate and very enthusiastic: Sister Helena and the children are waiting for me to arrive, next December, 2014.

So that’s my secret, friends. And according to Anna and to the Rishi, it’s just the beginning of a brand new chapter, of traveling all around the world. I doubt I would ever have thought to leave my extremely “comfortable niche” here in Thailand….. but this does feel exactly right.
Isn’t life fascinating?

“My” children will be nine months older, when I return here to Lamadi, and there will be several new ones… Sister Helena just accepted a five-year-old girl, Kabula, who was being pursued by murderers. More albino body parts were found in a market-place nearby, two weeks ago. Election years are the worst, Sister says, and this is one of them. Another mother is lying in the Mwanza hospital, critically injured from knife wounds by the man who stole her baby three days ago..

Perhaps these stories, or our concern, will provide the final stick of straw that shifts the balance towards hope for these albino children? Probably not.

But how does any outrageous act of inhumanity turn itself around… and we know that the world is chock full of them? And, how do we stay sensitive and simultaneously not drown in suffering? 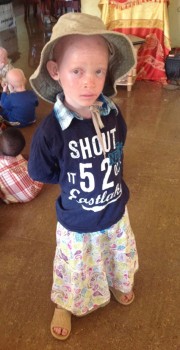 When five-year-old Kabula was brought to the gates of our center this week, she sobbed piteously:

Oh grandma, why have you decided to sell me [for body parts]? Have I done something wrong? Can’t we just go home and have lunch?

Kabula was equally perplexed to come inside and see an entire tribe of albino children! She’d never encountered even one before, in her small village. 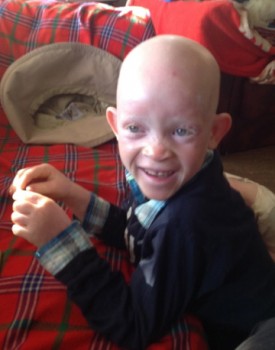 Five days later now….I often turn around and find Kabula standing silently behind me, ready to hold hands or just to be near.

And she’s starting to inter-act with all the kids …though she doesn’t speak Swahili. But then, neither does little Mariana, another of our newcomers, pictured next to Kabula. 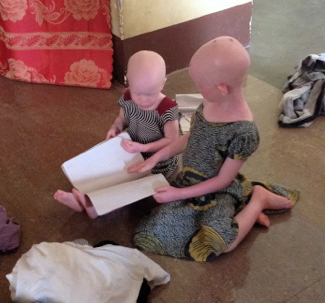 A couple of Tales ago, I showed you a photo of the mother who was thrown out of her home by the husband, when her baby albino girl was born. The husband ranted,

Go and find the father of this child! 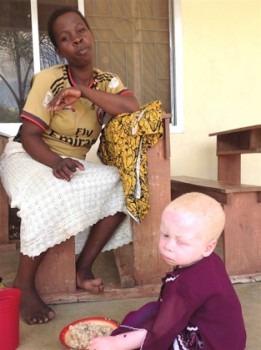 Sister Helena counseled this mother to return when the child was two years old and had finished breast-feeding. So they left, with a bit of money and clothes and lotion for the baby.

A few days ago, the woman returned, with baby Fatuma. She’d been forced out of her mother’s home, by the village tribal council. They threatened that the whole family would have to evacuate, if the albino baby didn’t go, immediately. Sister says that this is a new and a backwards development in Sukuma tribal history. 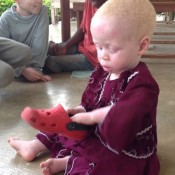 The mother, who had zero resources, and no alternatives, was crying when she left. But I noticed that little Fatuma, who is eighteen months old, actually brightened up quite a bit, once on her own. She began to play with shoes and bottle caps.

And when the other kids circled in to really welcome her, Fatuma knew she was home, at last. 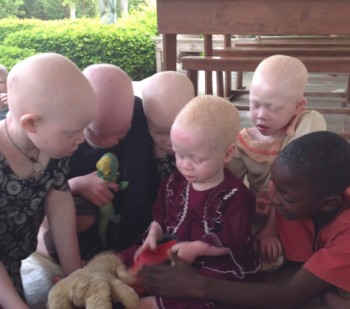 She is quite malnourished, though. When Sister took her down to the police station, to be registered, Fatuma grabbed a bottle of soda from the police officer.

She’s eating about five times a day now, just gobbling the food, from anyone’s plate, without chewing it. I bought her some infant formula, to try and ease the malnutrition, so she can start metabolizing the food.

Friends, I was again hoping to record a modest improvement in my toddler teaching skills….but yesterday was the worst yet.

I even tried smacking some of the recalcitrant repeat offenders with Sister’s stick, but it didn’t seem to worry anyone. I yelled threats until I was blue in the face. And I did, in fact, lose my voice, by evening. Today I’m a mild-mannered woman, who only whispers.

The children have forgiven me, and I, them.

Here is Sister Helena, singing one of her favorite songs, within her vast repertoire, to the toddlers: 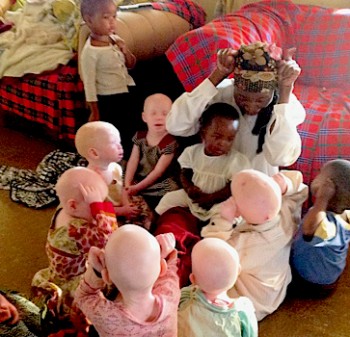 If you don’t learn to read, you will be taking care of the goats.. Baaaa, Baaa
And the cows…mooooo, moooo
And the ducks…quack, quack, all your life…
And when the murderer sends you a letter, informing you that he’s coming to kill you tonight, and sell your arms and legs and eyes,
you will be wandering around the village all day, looking looking for someone to read you that letter. It will cost you your life!

She’s waving a piece of paper in the air, as she solemnly describes their fate.

A fortuitous outcome of taking Baby Fatuma to the police station last week:

The local policemen were touched by Fatuma’s fate. They came to visit the next day, bringing food and blessings and a letter of commendation for the Center.

Sister had the children stand and introduce themselves, in English: 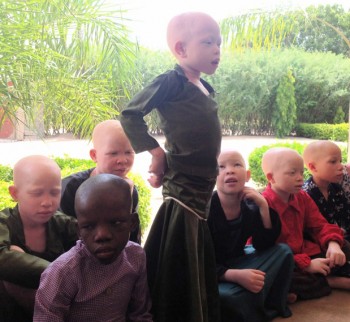 …my name is Agatha. I come from Magu, and I live here in the Center,
Mary Mother of God Perpetual Help. I am eight years old. Welcome home. 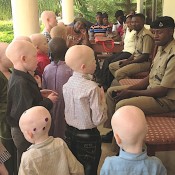 And here is the Chief of Police holding back tears, as the children sing Edward Fabien’s song, asking Mother Tanzania,

have we done wrong?
Are we not your children, too?

Several officers wiped away tears, during their visit. 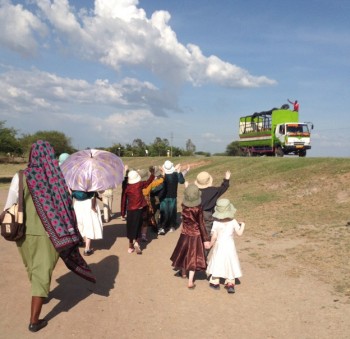 On Sunday, Mother Miriam and I went to the Lenten Festival at the Lutheran Church, across town. It was a community gathering of several church groups. We took half the children.

Getting there is at least half the fun. The kids LOVE to scream greetings and wave enthusiastically to the passing cars and trucks. The truck drivers usually respond by honking and waving.

As my faithful readers know, I dearly love the harmonies and the choreographies of the church choirs I’ve encountered here…and plan to try and incorporate some of it in my own singing groups when I get home.

But I was dismayed at the behavior of the village children, many of whom just turned around and glared at us the entire time. I forget how despised my children are, until we are in situations like this. I guess children everywhere just do what they are taught. 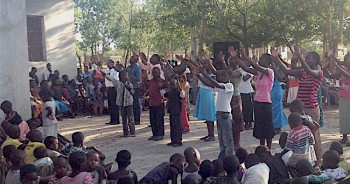 Our kids pretend not to notice. 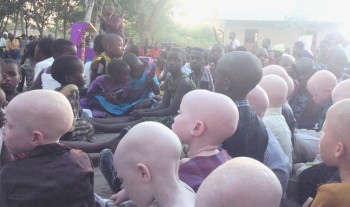 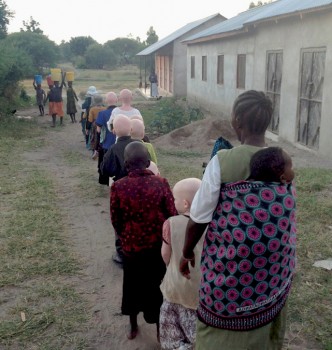 On the way home from the church gathering, it was growing late, and Mama Miriam (or Mama Ndogo, as she is more commonly known, which means “auntie”) decided that the children could perform their evening liturgy as we walked.

It’s a sight I’ll never forget, watching the villagers stand outside their home, as the children walked by, reciting liturgy in English, Swahili and Latin, by heart. 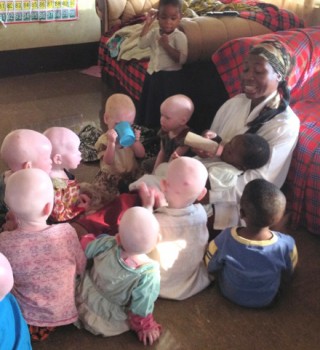 She really had not planned to be cleaning up poop and carrying children on her back, as she approaches her fiftieth year on the planet. And there’s no end in sight…