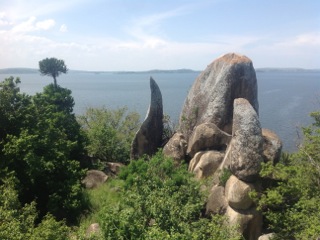 It was the birds who “invited” me to Saanana Island…which just became a national park last year. While I was eating supper by the lake last night, I was enchanted by the birds flying overhead: ibis, storks, cormorants, eagles, kites, swifts, kingfishers. On the walk home, I noticed that I was near a National Park.

So I took a motorboat, and paid my park fee…. The Park ranger guy in charge spontaneously decided I was a Tanzanian national, for the private boat fee, (though I told him otherwise), and greatly reduced it….

I didn’t see another visitor the first couple hours….my own private animal sanctuary! 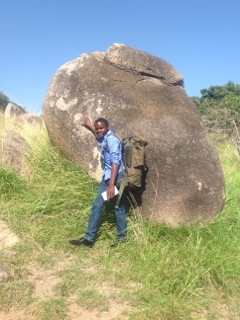 My guide and now friend is Oscar. It’s more or less impossible to not have a guide, though the whole park was only about 2 square miles. But after 40 minutes, I took off on my own.

I still haven’t been able to contact Sister Helena….but it will happen at some point, in perfect Third World time. 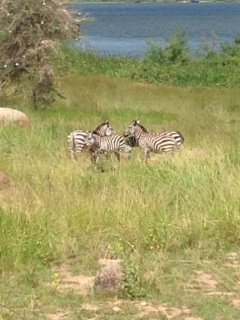